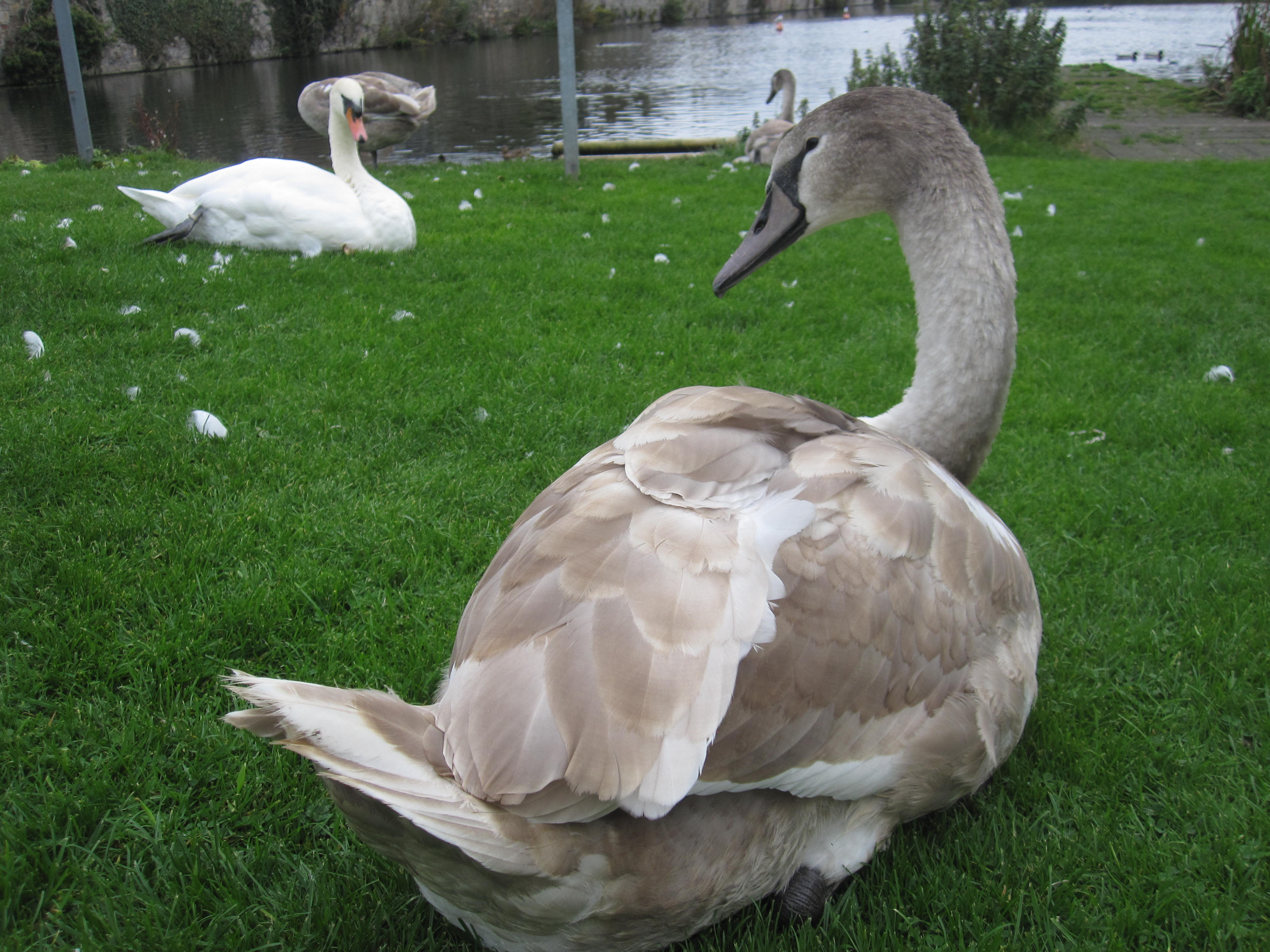 Swans have nested on Craiglockhart Pond for more than a hundred years. Our resident swans, Siegfried and Brighid, have reigned over the pond since 2016. Brighid was born on the pond in 2012. This year, they have had to repel recurrent invasions of Canada geese.

The seven cygnets from this year’s brood are beginning to get their adult white feathers though they are still a scruffy mixture of white and grey.  During September and October, they received flying lessons from their parents. They have all mostly now got the hang of it though they sometimes overshoot the pond and crashland on nearby streets. If you find any of the cygnets on the streets, please usher them back to the pond!

From now on, the adults will ‘encourage’ the cygnets to leave Craiglockhart Pond – you may see them pecking and chasing their offspring. This is normal. Some cygnets may leave this autumn – others may stay until next spring.

We were unable to ring the cygnets this year. They detected the ringing team and refused to leave the water. We will try again next year.

Cereals (like wheat and barley) and vegetables (like peas and sweet corn) are best for feeding the swans. Special swan and duck food can be sourced on line. Wholemeal bread is better than white bread and please never throw large quantities into the water.

The swans will, we hope, return to their nesting site in the reedbeds in the spring. We look forward to another brood of cygnets in 2020.