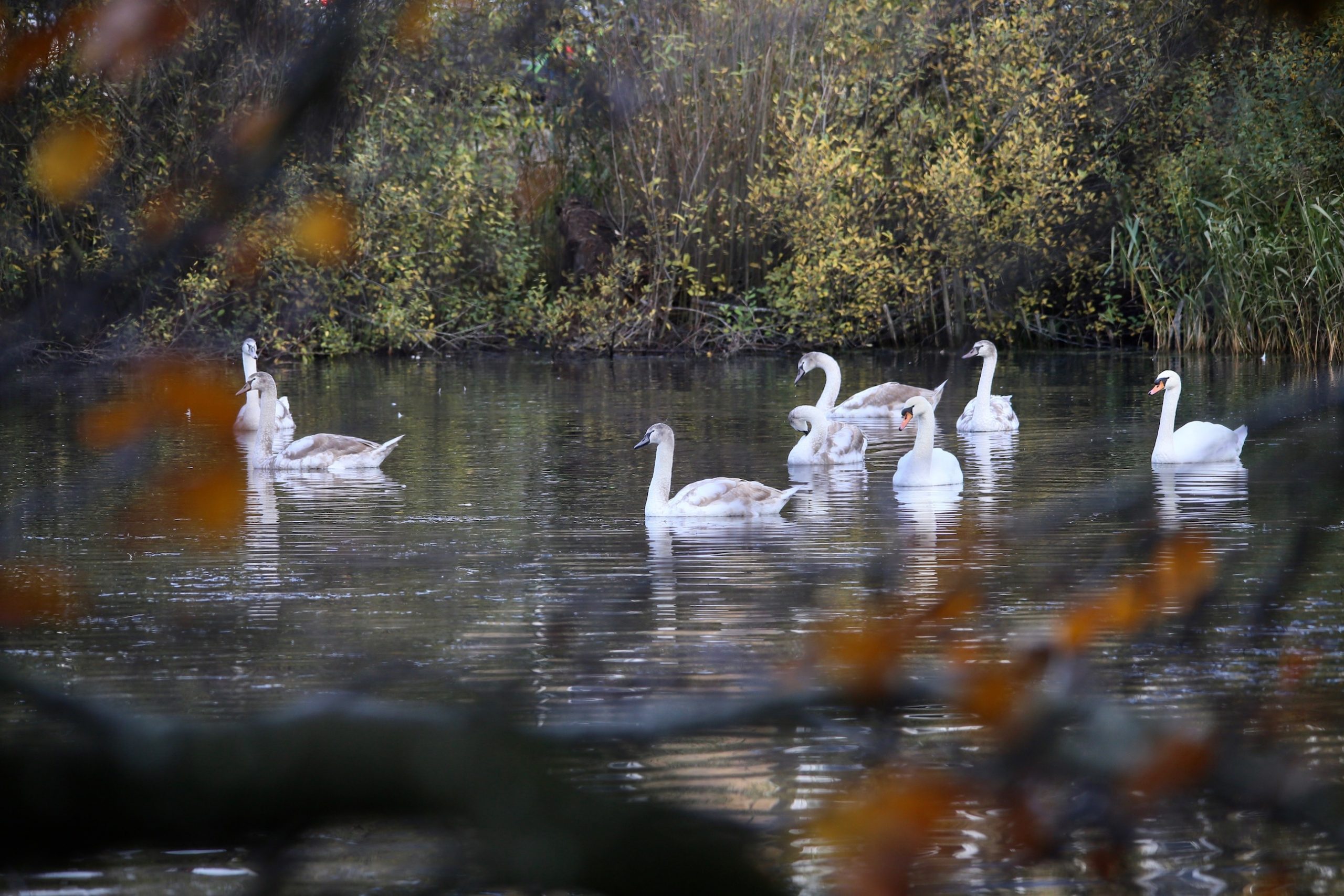 The 2019 cygnets of Craiglockhart Pond are now 7 months old, and on Sunday 24th November they were ringed by the Lothians and Fife Swan Study Group. By then, there were only six cygnets left at Craiglockhart Pond, as one had been removed earlier in the weekend as it was being harassed by its parents.

After suggestions from the community, we now have now named our six remaining cygnets! Their names, ring identifiers and weights are:

The ringing of the swans means we should be able to see where the cygnets go after they leave Craiglockhart Pond in the next few months. Thank you to John Forbes for the photo.