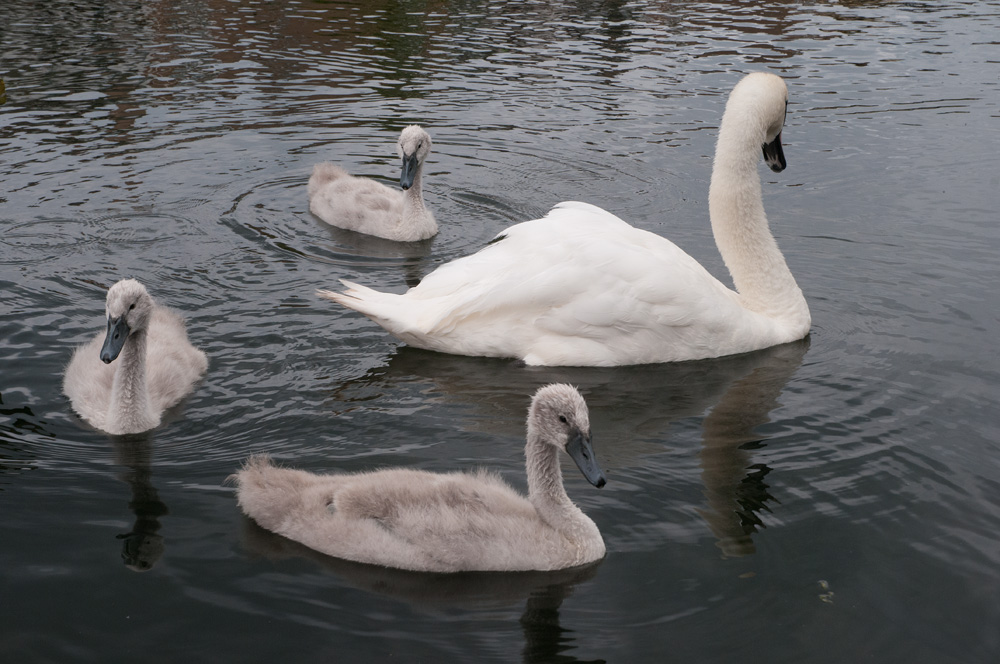 You will remember that in the summer sadly both the 2 old swans vanished from the pond. It was learned that the female had been taken away by the SSPCA and had been put to sleep but it is still not certain what happened to the male. The cygnets were also removed by the SSPCA.

There was a lot of action and coming and going on the now vacant pond over the autumn of 2013 while various swans tried to take over the territory.

Eventually it became apparent that 2 swans had settled as a pair. They swam about always close beside each other. A third swan persisted in trying to settle in on the pond as well, for quite a while, despite being constantly chased and viciously attacked by the pair. In the end it gave up and departed for pastures new.

The male of the present pair came all the way from Newcastle where he was ringed at Town Moor Pond in the Exhibition Park on 25 August 2010. He was first seen in Edinburgh at St Margaret’s Loch on 10 March 2013 and then on 2 June 2013 at Inverleith Pond. He was first reported on Craiglockhart Pond on 14 September 2013 and has remained here.

It will be interesting to see if this pair continue to stay together. They are both just coming in to their breeding age.

It is amazing that given the number of young hatched here that neither of these two swans originate from Craiglockhart Pond. It is still very possible that other birds will try and move in to the site over the spring.

The old pair at Craiglockhart nested there from 1994-2013 and fledged a total of 120 cygnets. They were the most productive breeding pair ever recorded so there are a lot of swans out there who may well yet take the opportunity to return to their old home territory.

Watch this space for the next up-date in the saga.