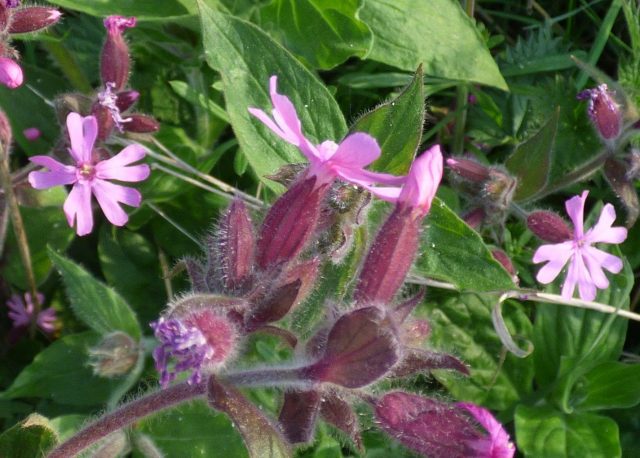 Red Campion can grow up to 1m tall, and is an ancient woodland indicator. You can often find Red Campion growing alongside White Campion, and the two can hybridise to form pinky-white flowers.

It is dioecious, which means that the male and female flowers grow on separate plants. The female flowers produce a frothy foam which gives the plant it’s genus name Silene, derived from the Greek for “saliva”.

The roots of the Red Campion contain saponin, a mildly toxic chemical compound which traditionally was used to wash clothes. According to folklore, fairies would use Red Campion to guard their honey stores!