Brighid and Siegfried have built their nest at the same spot as last year, and six eggs have been spotted already. There may be more eggs to come, although six is an average amount for a mute swan nest. The eggs are expected to hatch in around six weeks. Once all the eggs are laid Brighid will not leave the nest apart from occasionally to briefly feed or wash herself. During this time Siegried will take over. Brighid will have been feeding a lot recently in preparation from the demanding incubation period. Brighid hatched on Craiglockhart Pond in 2012, and Siegfried was also hatched seven years ago, in Glenrothes.

Of the nine cygnets that hatched last year, eight made it to adulthood. Two of the cygnets from last year (Thunder and Florence) are still at the pond, but will probably join their brothers and sisters in being chased away by their parents very soon.

If you see the nest please be considerate of our nesting pair. Keep dogs well away from the site, and please don’t throw any rubbish or food into the water around the nest. 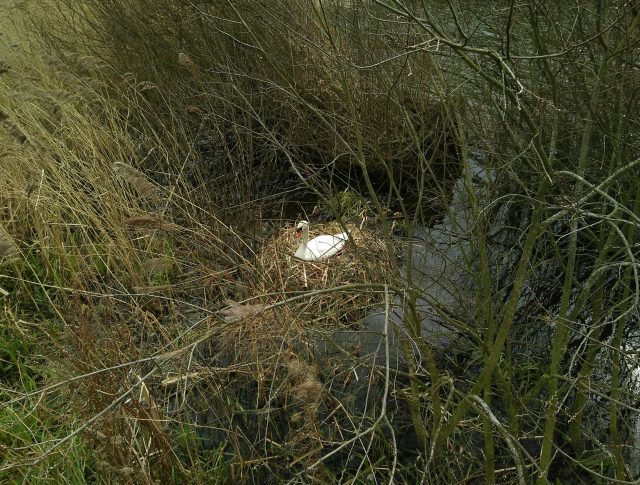