After the torrential rainstorm in August last year, there was a substantial landslip on Easter Craiglockhart Hill. Saturated soil from the historic ash spoil heap below the old Craighouse boiler house flowed down the slope of the hill, across the main Meadowspot path and into the gardens of the Meadowspot Estate houses. A month later, it was discovered that there some asbestos contamination in the landslip material.

The path has been closed since August with barriers and warning notices at all entrance points. The Council and the Qmile Group (the Craighouse developers) have been working together to try and understand how the landslip happened and what should be done to prevent landslips in the future.

Some remediation work has already been carried out. The Council have restored the gardens of the houses affected by the landslip and Qmile have carried out some temporary stabilisation work around the ‘epicentre’ of the landslip.

At the end of January, an engineering report commissioned by Qmile set out strategies for the long term stabilisation of the hill slope below the ash spoil heap. This report is presently being considered by the Council’s engineers and it is hoped that agreement can be reached on the way forward. The Project Management Director of Qmile stated at the recent Community Council meeting that Qmile were prepared to carry out this work and cover the costs. The slope would be replanted with suitable trees and shrubs.

Once the stabilisation work has been completed, the contaminated landslip material further down the slope could be removed. It would not seem logical to carry out this work while the risk of another landslip remains. We understand that the Council will carry out this work and have already approved contractor estimates.

This will all take some time. Our best guess is that it might be possible for the path to reopen this summer at the earliest. People are understandably frustrated by the length of time it is taking to sort things out. The Meadowspot path connects the two sides of the Local Nature Reserve and the only alternative routes are longer, less accessible and often along busy roads.

Please avoid using the Meadowspot path while risk remains  We will keep our members updated on any new developments. 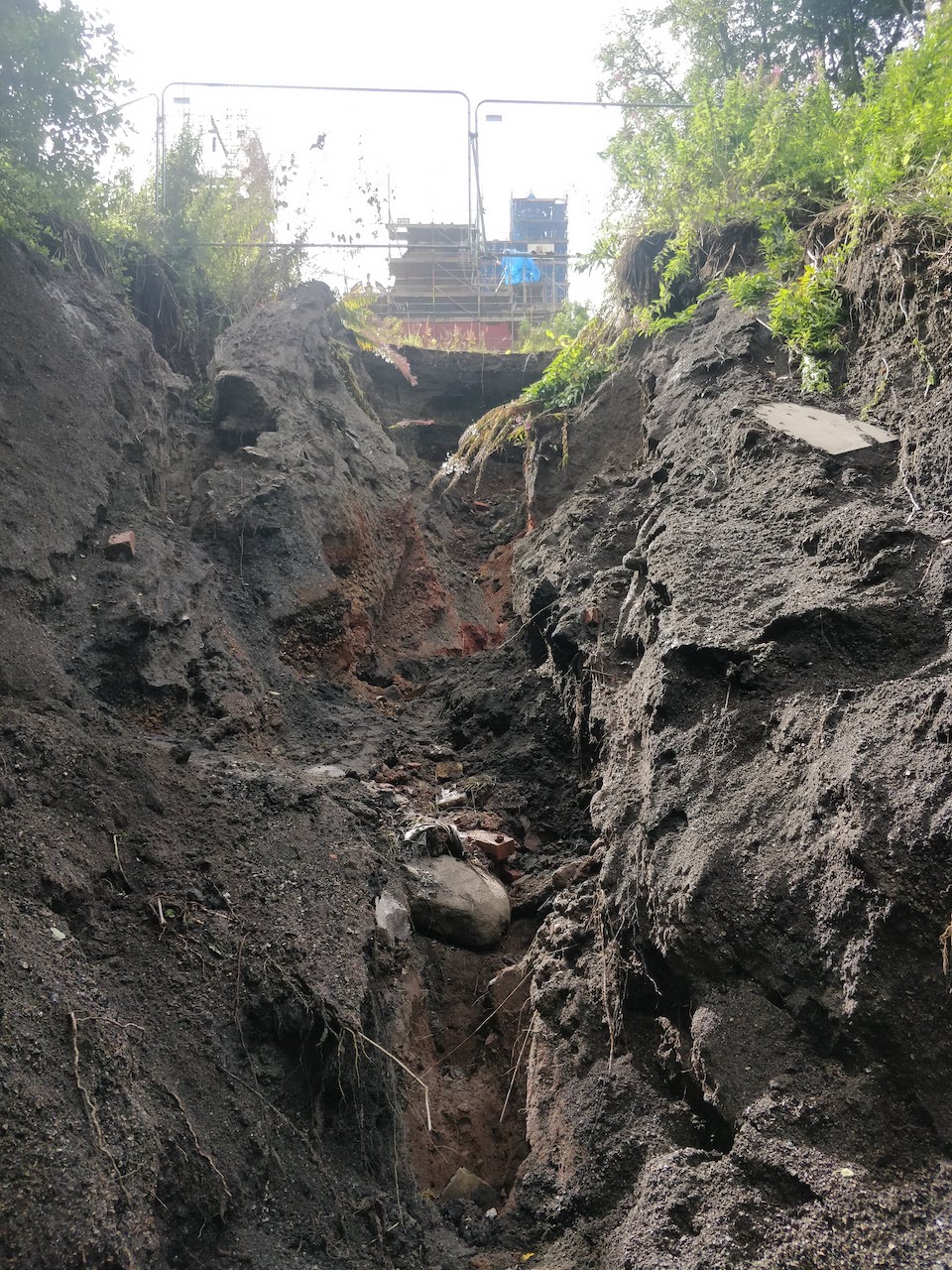