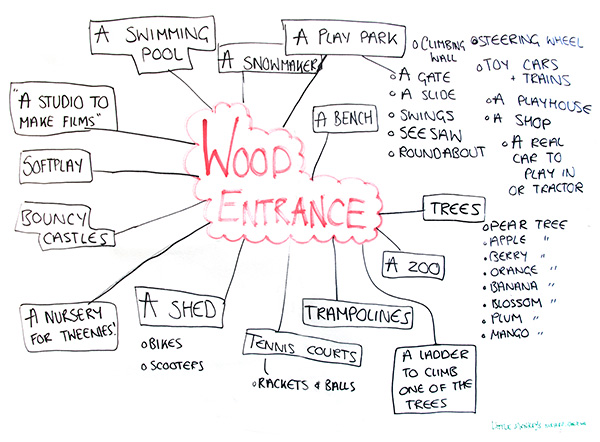 During January and February, FCWNT carried out an informal consultation about the future of the curling rink area at the Craiglockhart Terrace entrance to the Local Nature Reserve. We asked households in the adjoining streets about possible future uses of the area. 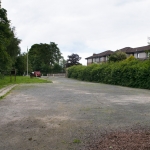 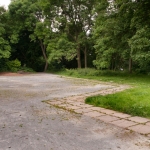 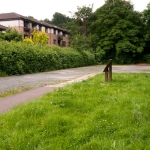 We had been concerned for some time about the state of the slab path bisecting the area. By last summer, it had become clear that this path was no longer fit for purpose. Many slabs were cracked and uneven and puddling had become a serious problem after heavy rain. Indeed, the whole area had become a bit shabby – weeds had invaded the whin area, trees had encroached and the grass strip was in a poor state.
The Council was able to find funds for a tidy-up over the past couple of months which has improved the appearance of the area. We thought there was scope to go further than this and to plan a ‘makeover’.

Our makeover proposal had five elements:

We circulated more than 200 information sheets and spoke to more than 50 households directly. We took care to consult with the residents of the local sheltered housing complex and with the parents and children who use the ‘Little Monkeys’ Nursery (you can view the creative suggestions of the children below). We displayed laminated sheets in key locations. We alerted Craiglockhart Community Council to our proposal.

On the doorsteps, the response to the proposal was very positive. Many people appreciated simply being asked for their views. There was unanimous support for a replacement path. Almost everyone thought wildflowers and fruit trees would add colour and interest. Seating was a popular proposal. Petanque was thought to be a good way to utilise the whin area and a surprising number of households already possessed a set of boules.

There were very few written responses and again most were positive. Several responses asked whether better play facilities for children could be built into the proposal. We think there is a good case for some small-scale unobtrusive wooden play structures. These could be scattered around the lower woods providing a series of mini-adventures for small children.  The existing drum/ zylophone  is an example of the sort of thing we have in mind. We will integrate these ideas into the makeover proposal.

Change will not happen overnight. We hope, however, that the eventual result will be a more welcoming entrance with a bit of character and style. It will be easier to drive forward change in the knowledge that these are the changes that the local community wants.

Images create by the children from the “Little Monkeys” Nursery 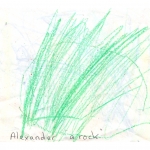 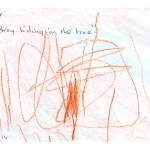 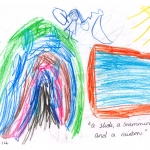 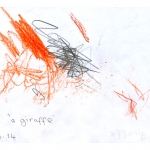 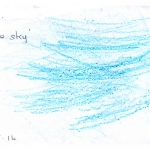 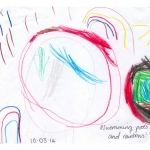 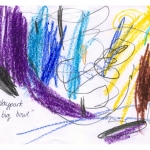 Notes/captions were added using the children’s own words.

In addition to producing their own drawings the children’s idea’s were also incorporated into a more structured (if less artistic) schematic.