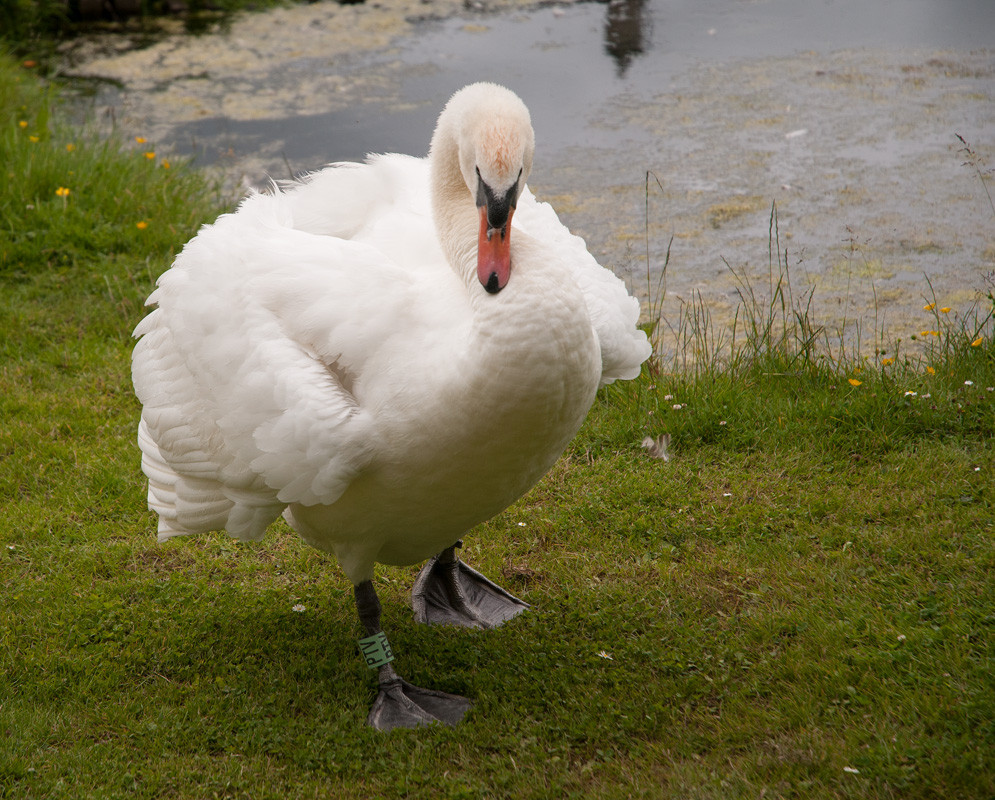 On Saturday 16th August, a squad of swan ringers from Lothian and Fife Swan and Goose Study Group descended on Craiglockhart Pond. Their mission was to ring our seven cygnets. The task was approached with a degree of trepidation. After all, only a few weeks earlier, George, our male swan, had featured in the national press and on the BBC for attacking hapless kayakers and causing the cancellation of the kayaking classes. However, perhaps because he was moulting, George was in a relatively benign frame of mind and took little interest in proceedings. Vesta, our female swan, was much more protective of the cygnets but restricted herself to hissing. The Ringing Team were impressively efficient. The cygnets were bribed with seed, pounced upon, bagged, tied, weighed, measured, ringed, tagged and released. They seemed a little bewildered but none the worse for the experience.

We have, going by the weights, six male cygnets and one female cygnet. The males already weigh over 10 kilos. All seem to be in good health. Most are likely to leave the pond in the autumn once they are fully grown. A few may remain over the winter but they will eventually be chased away by the adult swans. And then, next spring and every spring, we hope there will be a new batch of cygnets on Craiglockhart Pond.